Before starting her private leadership consulting, speaking and coaching practice on every day courage, feminine courage and organizational courage in Denver in 1994, Sandra served for seven years as Vice President, Private Banking in California, where she developed to her credit over 35 million dollars in aggregate deposits. Sandra’s success as a banker was enhanced by her previous accomplishments in real estate, selling residential and income properties. She earned sales volume awards for six consecutive years.

With maturation and spiritual curiosity, Sandra was constantly and keenly interested in developing self-awareness. Observing and bench-marking how she approached the normal transitions of her life, she noted that her invisible ally—courage—served her well. Sandra made drastic career changes every six to eight years, and each industry she entered was significantly different from the last. Yet as she moved through the fields of education, real estate, banking, and business consulting, Sandra was able to transfer her skills with relative ease from one business sector to another.

When asked how she could so easily maneuver through these career transitions, Sandra replied that the desired outcomes were easy for her to envision and implement as long as she drew upon her heart’s desire and her innate, everyday courage. In each industry Sandra was motivated by the excitement of creating self-fulfillment—a critical aspect of courage. Creativity, an essential element of her character, partnered with her courage to “invent” herself through each step, both in her professional and personal life.

Sandra says that its important to know that “Since the start of time, courage has been a potential for everyone, but it only becomes a reality for those who are willing to take the step and pay the price which is why courage remains habitually scarce!” 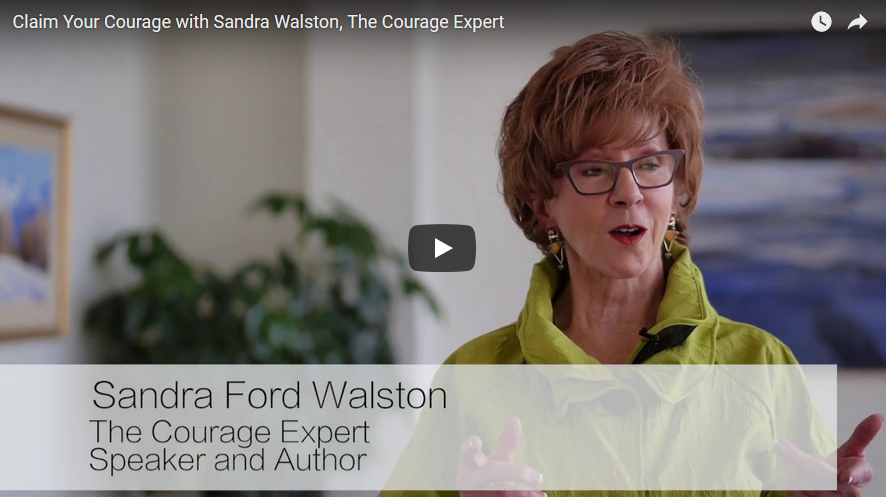 Assisting others is a goal in Sandra’s life, whether as a friend, leadership consultant, global speaker, certified coach, international author or 11th Hour hospice volunteer. Fascination with the richness of life and a deep commitment to upholding the highest of human values have been the threads from which Sandra has woven her life experiences. Sandra values experiencing all aspects of life with passion, and she challenges herself beyond the status quo, pushing for excellence in sports, travel, relationships, writing, consulting, coaching, and speaking.

For a long time, Sandra didn’t realize that this approach to life was unusual—it was part of the way she was raised. Living life with gusto seemed natural, innate. But Sandra knows, now, that is not so as witnessed by the many dispirited individuals she speaks to, the organizations she consults for and executives she coaches. Living life with courage is a cultivated skill as confirmed in her internationally published article “Teaching the Attributes of Courage.” While achieving results are important, Sandra’s message focuses on courageous leadership behaviors that each employee commits to being accountable.

Sandra reminds people that the word “courage” comes from the French word corage, meaning “heart and spirit,” which tells us that acting with courage is really about acting from your heart and spirit — from the center of your being. Aristotle said, “Courage is the first of human virtues because it makes the other virtues possible.”

Sandra’s international bestseller and EVVY award-winning COURAGE The Heart and Spirit of Every Woman/Reclaiming the Forgotten Virtue was honored to be recorded for the Blind and Dyslexic for inclusion in the national audio catalog: “COURAGE will be a part of 120,000 current titles available to almost a quarter million members with print disabilities.” COURAGE was endorsed by Marianne Williamson, Jack Canfield and Neale Donald Walsch, to name a few. Her follow-up book, The Courage Difference at Work: A Unique Success Guide for Women and the third non-gender book, FACE IT! 12 Courageous Actions that Bring Success at Work and Beyond confirm Sandra as “The Courage Expert.”

As an entrepreneur, leadership consultant, coach and public speaker, she preferred to express herself orally, so writing three internationally published books has been one of her two greatest acts of courage. As she continued to nurture this forgotten virtue, she discovered that during those particularly difficult times, courage became an invaluable companion during the more ordinary trials of life.

With over twenty-three years of experience with finance professionals, and a former Vice President Private Banking, Sandra has instructed for over twenty-three years at the University of Denver courses for CPAs such as “Courage Leadership: Do You Demonstrate It or Are You Stuck?,” “Women Working with Courage: How to Claim, Apply and Rely on it at Work” and “Personality Models: An Introduction to the Enneagram: Nine Ways of Living and Working.” She continues to teach CPE off campus under Dr. Mark Vogel, President CPE4U. 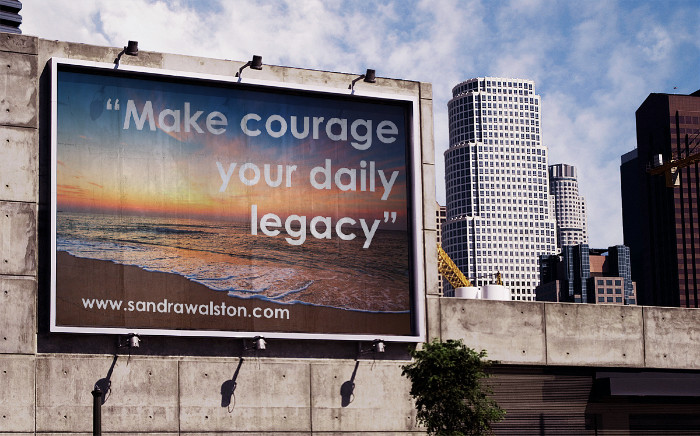