February 2, 2021 By Sandra Walston Comments are Off

While many claim that courage and heroic are synonymous, commingling them as such does a disservice to the concept of courage. Firefighter Captain Mary agrees, “People notice heroes dealing with disaster and emergency responses. When a civilian dials 911 for help, it’s a day from hell for his/her life. But, it’s no big deal to me. I don’t appreciate it when my career is integrated or associated with disasters much less heroism. I am a skilled professional doing my job.”

Most of the time, courage is misapplied to focus on fictional drama or soap opera sagas, unrelenting sorrow, sensationalism, famous people or the historically deceased. For the rest of us, notions of courage as only extreme heroism diminish the opportunities to claim and display the heartfelt value of courage in us all.

The word “courage” comes from the French word corage, meaning “heart and spirit,” which tells us that acting with courage is about acting from your heart and spirit — from the center of your being. “Being” reveals your true Self.

Two contemporary examples of heroic actions from the past were the United Airlines Flight 93 that crashed into a farmer’s field outside a small town in Pennsylvania, and the heroic responses we watched on television during the World Trade Center terrorist attack.

Examples of various events challenge people to reexamine their entire lives and values. Soon you learn to differentiate between being courageous in everyday life and being a hero. With increased courage consciousness you also begin to recognize the facets of courage such as physical courage, spiritual courage, leadership courage, individual courage, emotional courage, moral/ethical courage.

Learning a new skill, balancing work and family, or transitioning to a new industry is rarely celebrated as stories of amazing courage. Everyday courage has been relegated to the mundane. Isn’t that a shame? We should be in awe of the heroes of amazing stories…and of our neighbor’s everyday courage as well! 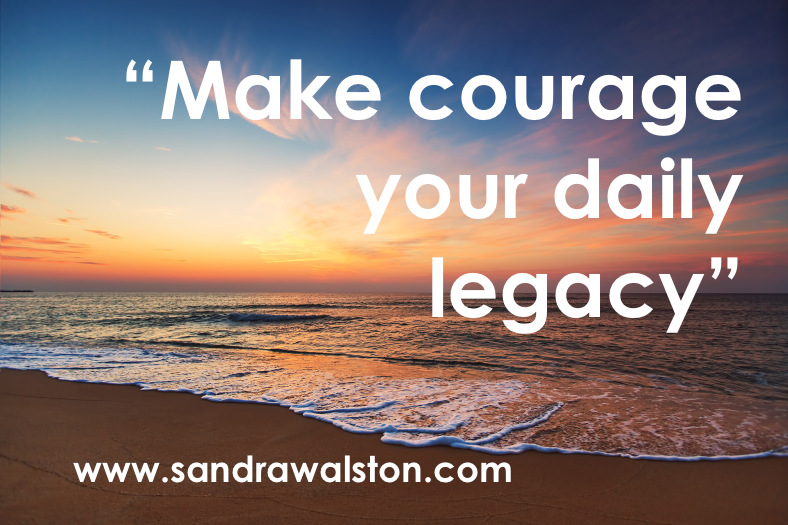