HomeCourage Blog Are You a Golfer Who’s Got the Authentic Swing?

Are You a Golfer Who’s Got the Authentic Swing?

The 2000 movie release of “The Legend of Bagger Vance” was about a post WWI golfer and a mysterious caddie. Set in Georgia, the dispirited Savannah folks decide a tournament will boost their war torn morale. But, they fancied a southern pro to represent them. A traumatized golfer with flashbacks reluctantly commits to play in the tournament. In the middle of the night, he uncovers his abandoned and dusty clubs to hit golf balls in his backyard. While he chops away at the ball, out of nowhere, a mysterious man with suitcase in hand walks out from the countryside. With clever indifference, the stranger discreetly starts to coach the frustrated hacker.

Bagger Vance is the inexplicably wise caddie that teaches the troubled golfer how to reach deep inside and find his “authentic swing.” The caddie tells the conflicted golfer: “Yep… Inside each and every one of us is one true authentic swing… Somethin’ we was born with… Somethin’ that’s ours and ours alone… Somethin’ that can’t be taught to ya or learned… Somethin’ that got to be remembered… Over time the world can rob us of that swing… It get buried inside us under all our wouldas and couldas and shouldas… Some folk even forget what their swing was like…”

I call it the reservoir of courage; every one of us has it. We need only to tap in to it. Life often calls upon us to display courage. So why don’t we look to our own courage reservoir. It’s because we are caught up with life’s ‘ought’s and ‘should’s’ The underlying message is not a new one. The heart’s message is about having the courage to examine self rather than remain self-righteous or stuck on the fairway in uncertainty. Courage is much more complex than spontaneous reactions to traumatic events.

Uncertainty is an inevitable condition throughout life. We are in a time of second-guessing ourselves reacting with knee-jerk reactions. Courage comes in to play when you’re reflective. The essence of courage is a spiritual energy from the heart that in defining moments motivates a person to take action. Using courage as an ally means bundling a combination of courageous actions such as continually learning, persisting to be mindful of defining moments, and being 100% accountable for choices. Often times, missed opportunities will never be seen again.

It means everyone must step up and claim their courage to confront an elusive problem called “uncertainty.” How do we unite to find the courage to step up when society, much less our parents, do not prepare or teach us about the virtue of courage?

After twenty years of researching the actions of courage, I extracted several common themes, along with the twelve behaviors of courage. One theme was the notion of sacrificing or choosing to take an immediate hit to achieve a long-range goal. Courageous people choose to forgo immediate satisfaction by taking risks and hurdling obstacles. They identify, claim, and apply the original definition of courage, meaning “heart and spirit.” In other words, when a situation requires them to “step up” and display their authenticity, they do!

Without the development of courage, other virtues such as grace, compassion and humility will struggle to find their place. Courage is the umbrella to all the other virtues. Frankly, I am unwilling to let anyone else design my life! 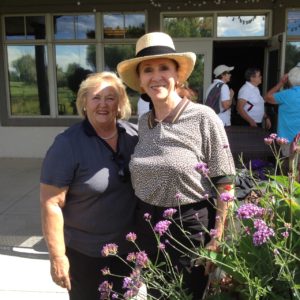