HomeCourage Blog Passing Feminine Courage to the Next Generation

Passing Feminine Courage to the Next Generation

“Do what you feel in your heart to be right, for you’ll be criticized anyway.” – Eleanor Roosevelt

By gaining control over blueprints that governs a woman’s belief system women everywhere can foster courage.

Being “lady-like” is one societal perception deeply imbedded in the psyche of our culture. The lady-like woman is focused on others and is reserved, supportive, considerate, and compliant. Such limited aspirations paralyze women and cause them to flounder. A woman’s desire to be “accepted” can undermine her personal demonstrations of courage. Additionally, another courage blueprint that women need to purge from the female psyche is the use of “indirect aggression” (Chesler, 2001)—a vicious and manipulative behavior used against each other. Another imbedded belief that excludes a woman’s courage is the traditional deep-rooted definition of courage portrayed only as physical, daring or representing valor.

Unsung Stories To change or reclaim your courageous will, look for female role models that display workday courage such as speaking up to confront an uncomfortable truth. Role models are imprints for change; they light the path. As more women recognize and subscribe to the behaviors of courage, such notions will no longer be deemed unusual. Other women will be encouraged to display their courage, and their collective behaviors will ease or even erase the idea that “by nature, women are not courageous.”

When women bond together to advance courage in the workplace, they find the strength and determination to hurdle the daily workday challenges that confront them, such as equal pay or top positions. Eventually, the unsung stories of courage and the current denigration of courageous women will be replaced by acceptance and admiration just as it is in men.

Women who view themselves as courageous have a distinct advantage in the workplace. Not only do they have the power to direct their lives, but also they are more willing to accept the success that comes from taking a stand or making a change. Truly courageous women have learned to overcome the business world’s stereotypes in an effort to lead more fulfilling professional and personal lives. A great example is Katherine Graham, the former CEO of the Washington Post. Many say she was the greatest CEO of American history. Clare Boothe Luce, another “grand dame” example who lived in Katherine’s time period was known for saying, “Courage is the ladder on which all the other virtues mount.”

By integrating the virtue of courage and instilling it into the workday, women everywhere have the opportunity to take action and call on courage, or “turn up” the quantity they already possess. That’s a good thing if we plan to pass this feminine energy on to our daughters, nieces or the girl next door.

Defining Moments Additionally, I suggest women watch for career defining moments, such as being passed over for a promotion, not receiving a fair raise, being spoken down to or having your boss publicly reprimand you. Recognizing these workplace incidents is the first step to reclaiming your courage.

Unfortunately, many women misinterpret these defining moments and respond in defeating ways when the correct choice would be to declare their courage. They may believe these events are “part of the job” or they may feel that in some way they deserved the unfair treatment. They become the martyr in order to keep the peace or maintain the status quo, which ultimately stifles their courage further.

If you find it difficult to recognize the defining moments in your own workday, ask yourself what events make you upset, angry, uncomfortable, embarrassed or cause you to acquiesce. Chances are those are the times you will want to display your newfound courage. The first step to reclaiming your courage is to realize which specific events challenge your effectiveness, and then acknowledge the pattern that undermines your progress.

I would love for women to be able to animate their individual courage consciousness, celebrate collective courage and pass it on. 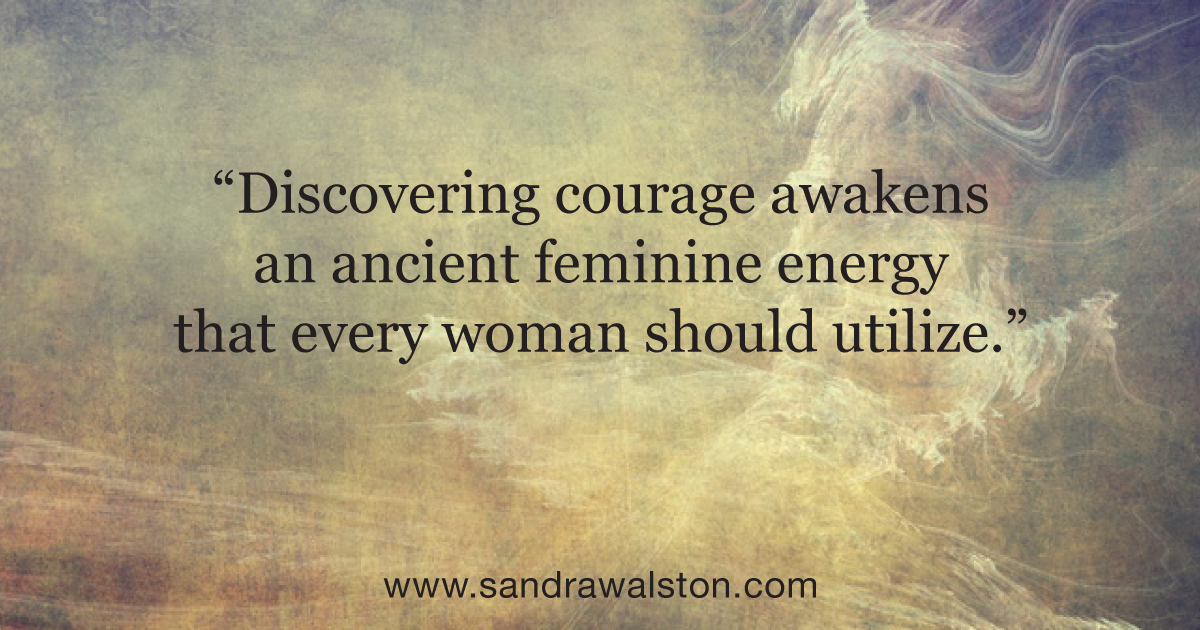